The History of Elizabeth Park Marina

Elizabeth Park, the oldest unit of the Wayne County Park System, is located on the Detroit River and is linked to the City of Trenton by bridges.

The Park occupies 162 acres and formerly known as “Slocum’s Island.” The island was owned by and named for Giles Bryan Slocum (1808-1884). In 1919 the heirs of Elizabeth Slocum, a direct descendant of Major Truax offered the island to the Village of Trenton, but when the officials felt they could not financially maintain the property, it was donated to Wayne County. The Park is presently owned and operated by the Wayne County Parks Division.

The Slocum residence, a large white house formerly located in the Park and once used for a recreation center, was destroyed by fire.

The Park, valued at more than $1,000,000, has been landscaped and provided with field stoves and picnic tables. A 3-lane concrete road, intersected by numerous drives and paths circles the island, linked with the mainland by a vehicle bridge and three foot-bridges.

A large concrete dock on the Detroit River serves as a landing for both large passenger craft and speedboats. Recreation facilities include a standard baseball diamond, a pony drive, tennis courts, horseshoe and shuffleboard courts and playground equipment.

Though the City of Trenton does not use the park for any organized recreation programs, thousands of residents in the area use the park each year for summer picnicking and launching small boats into the Detroit River. 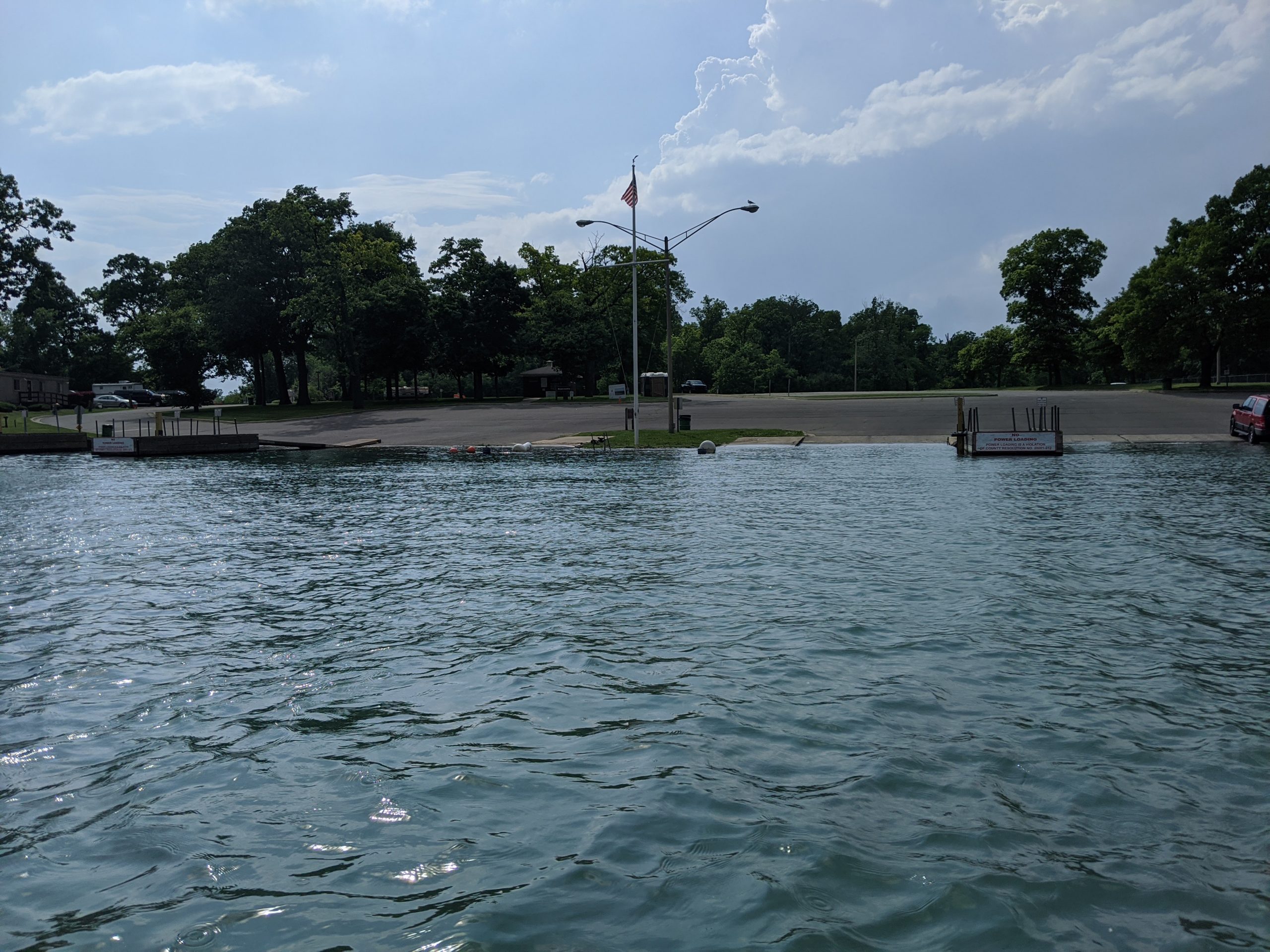